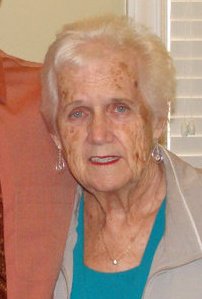 My grandmother passed away on the 20th of this month.

Is it wrong that I am “happy” for her? When I mention that to people, I get the oddest look and realize that my sentiments might come across as a bit odd.

Don’t get me wrong, I am sad for me that she is gone and I will miss her, but she did live a long life (She was 89) and for months now she has been saying that she is “done”. (Including saying if she found a way to kill herself she would do it if she knew it would be 100% successful).

The last few weeks were difficult. I spent time with her, we chatted about life. Her history (something I always enjoyed but she felt like she was always repeating herself) She was starting to not be as aware as what would be considered “normal” for her.

I had stopped in on the 18th, brought her some timbits (Mini donuts here in Canada) as I heard she hadn’t been eating. My grandmother has a sweet tooth so figured I would get something into her. I walked into her room, and stopped dead in my tracks. The woman in the bed did not look like my grandmother, and my very big imagination tried to convince me it was a “walking dead zombie”. I laugh now, but standing in the room, trying to understand that this was actually my grandma and not a zombie so I didn’t run out of the room scared took a bit of time!

It was downhill from there. I was unprepared on how much she had changed in a week since I had seen her last.

Jan 20th, knowing what to expect, I told the family I was going back. I wanted to be there for my grandmother. I had located a “memoir” she made me, 22 pages of stories typed up that she remembered from when she grew up that she gave me a few years ago. No one in the family I guess was aware that she took time to do this, or that I had it. I brought it with me, sat beside her bed and held her hand. I told her I loved her. I talked about our family members, what was new with them, how my one Aunt (her daughter) wouldn’t make it to see her that day as she has dr’s appts she has to deal with and that she loves her. My grandmother being sedated by morphine for the pain, tried to talk (or what sounded like her trying) and I comforted her, letting her know I know how difficult it was for her to respond, that I was there and that everything would be okay.

11am and my Uncle showed up, we talked a bit, and I had to head back home. I turned to my grandmother, told her I would see her Wednesday and that I loved her and said goodbye.

My grandma passed 2pm, and I know she is happy. She has been reunited with my grandfather and my mother and everyone else who has passed before her. I am happy for her.. Sad for me.