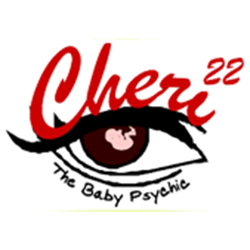 This is never an easy time in life. I know that we all look for proof that our loved ones have made it to the other side. Some sort of sign that will bring us comfort that they are okay. I wanted to share 2 of my own experiences that might help you with your own loss and perhaps validate for you that your own experience was real, not a coincidence.

My mom passed away March 8, 2010. I received a call around 10:30pm from her husband Gord. He told me she was having a heart attack and things didn’t look good and that the paramedics were already with them for the last 30 minutes and they would be taking her to the hospital. I am just under an hour away. I get dressed, call my sister and have her head over (she was 10 minutes away) and “flew” down the highway. I don’t know what I was thinking. I just wanted to get there. I wanted to encourage her to fight. I was literally 5 minutes away from her house and as if she was sitting beside me, I heard the words clear as day “Rally racer rally racer”. Her voice as well. It was then that I knew she had crossed over. That racing there was no longer something I needed to do. She was gone.

I arrived at the hospital and they confirmed, they had tried everything, but nothing could be done.

The second time:
My step Dad Gord, had been fighting cancer since November. It was in May that the tumor had grown so large, that it was blocking his airway in his neck and restricting blood flow to his brain. They had no choice but to sedate him, as when alert he would try and pull out all of his ports, any tubes that were helping him to receive oxygen.. anything that would help keep him alive. As a family we had been told by the Dr’s there was nothing further they could do for him, and would have to keep him sedated until he passed away. Through conversations with Gord, he drew the line at being a “vegetable” and had told us he would rather they stopped all life support if that were to happen.
The longest 2 weeks of my life occurred during this time and it was hard to watch. I spent every day at the hospital, talking to him, letting him know I was there. Arranging for other people to visit with him as well. Say their goodbyes. It was June 16th, 2016 that I had a dream of Gord. I realized the next day that this was no ordinary dream. He came to me in a dream, he was “stuck” in this dark closet and was bumping into the walls, going back and forth like a blind person not being able to find their way out. He said “I don’t know where I am supposed to go”. Like all dreams, our imagination goes wild and apparently my dreaming self thought this response was appropriate “Don’t eat the people!” (I watch too much walking dead and obviously thought he was a zombie?!) The next day, I drove to the hospital. It was my 40th birthday. I told Gord about my dream, about what I had said to him and then let him know that my mom was waiting for him. That I loved him, that we would all miss him and to tell my mom I miss her too. I headed home to pick up my kids from school, to get a call from Gord’s daughter in law that she was told that there was signs it could happen any minute. I raced back, and missed him by 10 minutes.

Your loved ones will do their best to show you signs that they are okay. That they made it. Whether it’s manifesting through voice near you, out loud or in your head. Perhaps it’s through a “dream”. Your loved ones will utilize your strengths to connect with you. Too often we think it’s a coincidence. We assume it was wishful thinking. There are a lot of signs that will show you that they are thinking of you and not too far.

I’d love to hear your storey – comment below and someone randomly will win a connection with a loved one from me 🙂 (If it won’t let you comment below, please comment on the post on facebook and you will still be entered to win)

3 thoughts on “Loosing a loved one…”